Advantages of TruSculpt vs. CoolSculpting 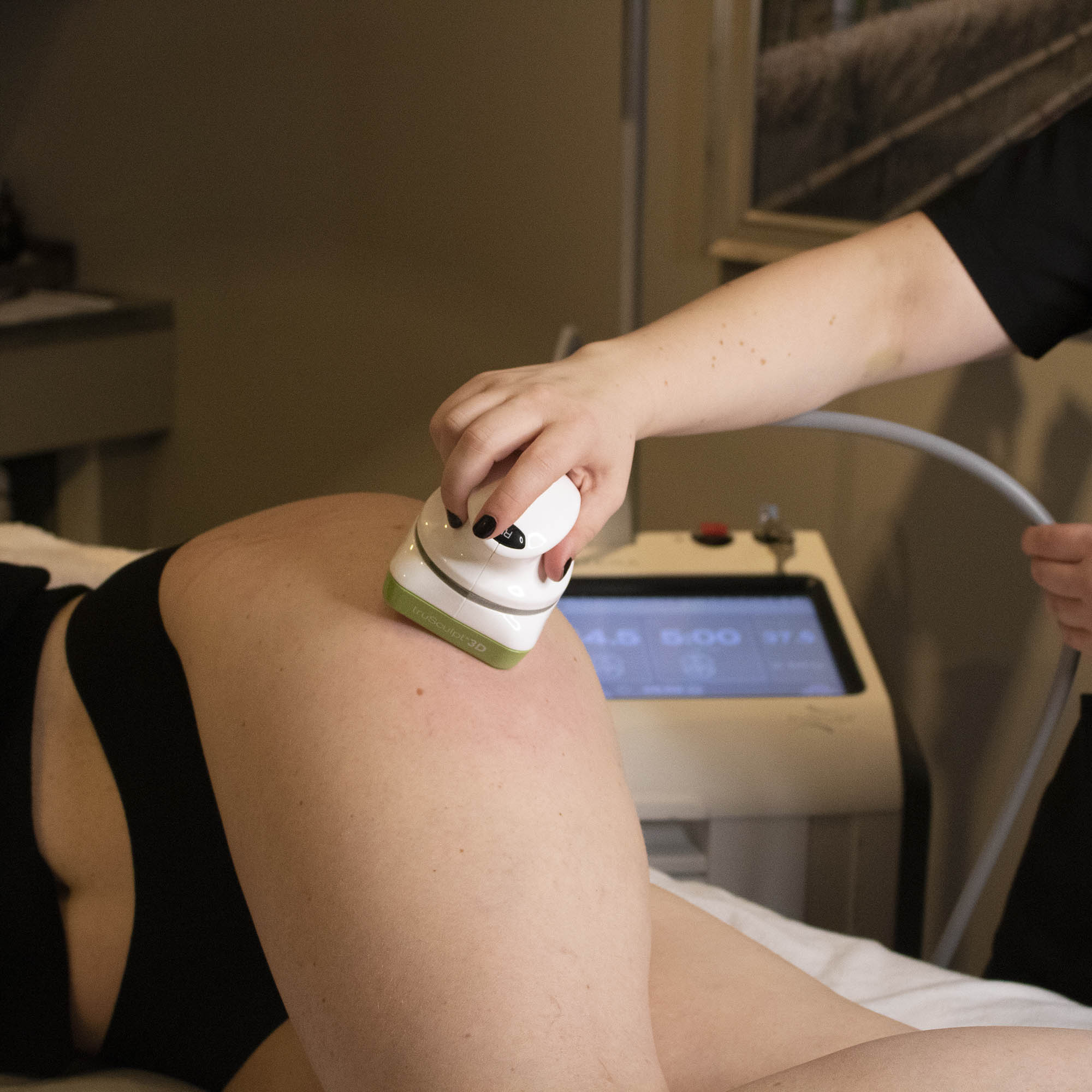 TruSculpt and CoolSculpting are two cosmetic body-sculpting or body-contouring treatments that eliminate stubborn fat without surgery. These methods contour and reshape parts of the body where fat does not respond to weight loss measures. TruSculpt, CoolSculpting and other body-sculpting treatments don’t replace diet and exercise but complement them to increase definition in the desired areas.

TruSculpt and CoolSculpting achieve similar results – but what are the advantages and disadvantages, and is one method better?

TruSculpt is the latest body-sculpting technology used to target and permanently reduce stubborn adipose fat that resides in the subcutaneous layer of the skin. During the procedure, a trained professional uses a device equipped with mono-polar radiofrequency to deliver constant heat, up to 45°C, deep into the muscle at the target area. This heating action kills fat cells, causes the skin to tighten from increased collagen production and reshapes the target area. The dead cells are naturally eliminated from the body.

The procedure is customizable to almost any body part, including the abdomen, thighs, chin, arms and flanks. Furthermore, it can reduce the amount of fat in the target area by 25% in a single session.

CoolSculpting is currently the most popular body-sculpting technology. It eliminates persistent fat in a non-surgical process called cryolipolysis, or fat-freezing. Cryolipolysis reduces stubborn fat by freezing the cells to the point of death without harming surrounding muscle, skin or nerves.

During this process, the treatment area is covered with a gel pad to protect the skin. A vacuum applicator is then used to suction and apply extreme cold to the site for an hour, causing fat cells to crystallise and die in the weeks following the procedure. Dead cells are eliminated through the body’s natural excretion process. CoolSculpting can reduce up to 20-30% of fat cells from the target area. The procedure is not intended for people with obesity.

What Are the Advantages of TruSculpt vs. CoolSculpting?

Which Method Is Better?

CoolSculpting and TruSculpt are both effective at fat reduction in the 20–30% range. However, TruSculpt provides a better body-sculpting option for patients seeking the removal of stubborn fat, particularly as there are significant advantages and fewer side effects. The risk of PAH, which has an incidence of 1 in 20,000, also makes the CoolSculpting procedure less appealing.

Are You Ready to Make an Appointment for TruSculpt?

Get the body you’ve always wanted by contacting us at SKN Holistic Rejuvenation Clinic, your TrueSculpt clinic in Vancouver. Our highly trained and experienced specialists can help you reduce stubborn fat. Call us at 604 568 6333 or complete our contact form to schedule a consultation with one of our TruSculpt specialists. 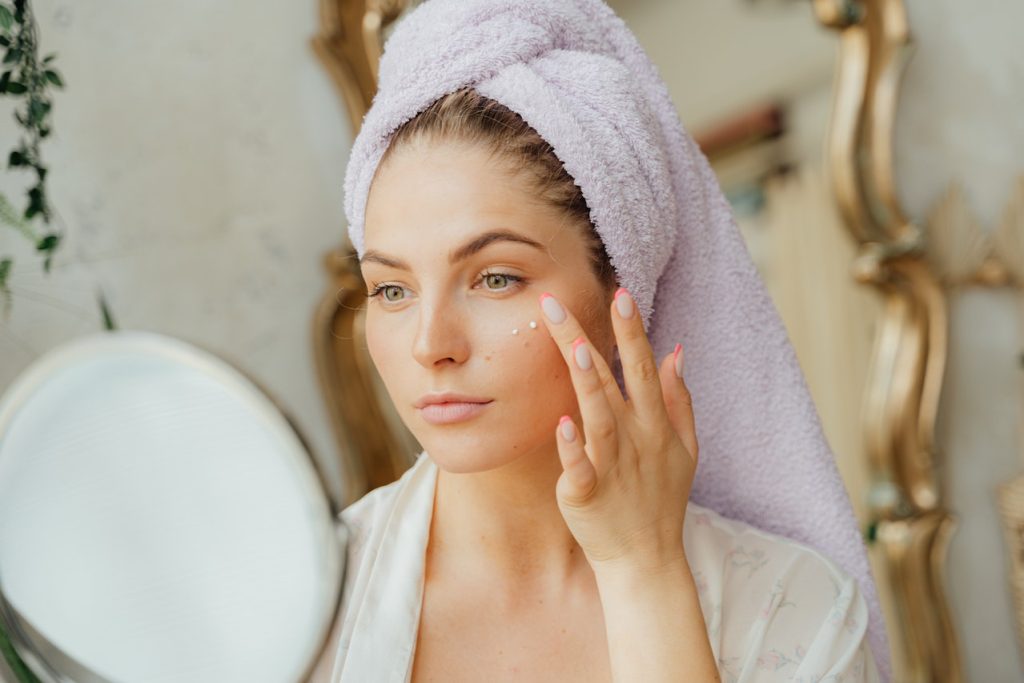 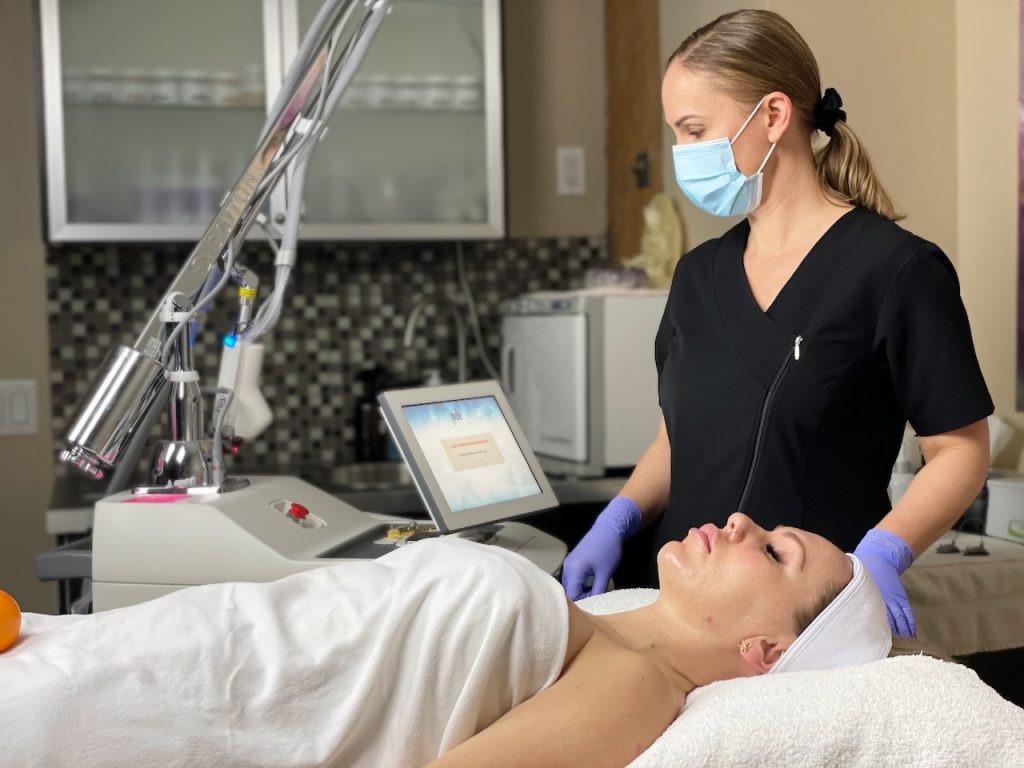 How to Prepare for a HALO Laser Treatment

Sun damage, the natural aging process and acne are among the issues that stop skin from looking its best. Skin 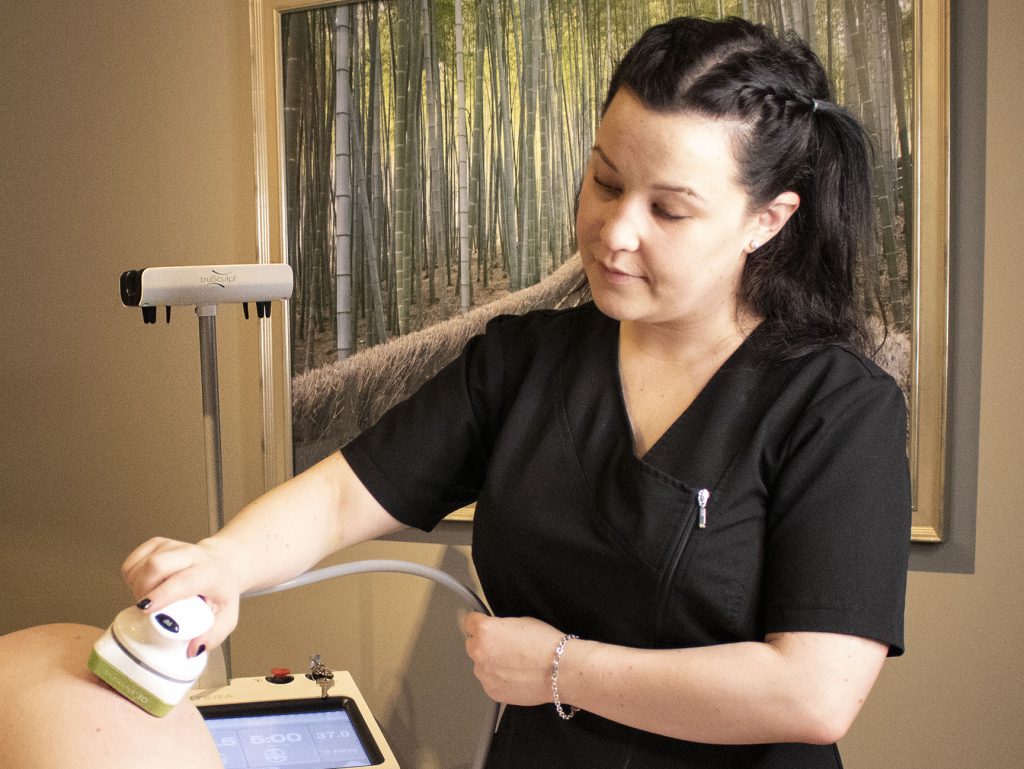 What Areas of the Body Does TruSculpt ID Give the Best Results?

Eating well and exercising without achieving the physique you’re looking for can be frustrating. Trying to get rid of pockets

At SKN Holistic Rejuvenation Clinic, we offer clients the most complete level of service available. Our highly trained and insured skincare professionals are welcoming and easy to deal with; and our beautiful, private clinic is the perfect environment to provide clients with the highest quality of service possible.